With the essential support of the Swiss National Science Foundation for the scientific developments and of the SIB Swiss Institute of Bioinformaticsfor the creation and maintenance of the Web tools, the SIB Molecular Modelling Group has developed the SwissDrugDesign project. This ambitious initiative aims to provide the first comprehensive and freely accessible web-based in silico drug design environment to the scientific community worldwide. Its purpose is to offer a large collection of complementary tools covering all aspects of CADD. Several components of the SwissDrugDesign project have already been developed and released for free for the worldwide scientific community:

SwissDock, since 2010, is a free docking Web service, based on EADock DSS, to predict the molecular interactions that may occur between a target protein and a small molecule. It aims at lowering the technical barrier to using docking software, and at generalizing the use of docking tools beyond the traditional molecular modeling community. 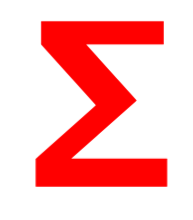 SwissParam, since 2010, provides topologies and parameters for the molecular modeling of small organic molecules.

SwissSidechain, since 2012, is a database that centralizes information on hundreds of commercially available non-natural amino acids for peptide design. It provides topologies and parameters to model their insertion into peptides or proteins. 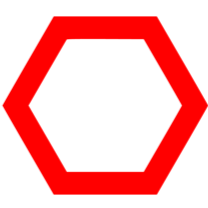 SwissBioisostere, since 2012, is the first comprehensive and freely accessible database collecting over 4.5 million molecular substructural replacements extracted from the literature, along with information on how frequently such replacements were performed in the past, and the observed impact on biological activity. This knowledge is of particular interest for researchers in drug discovery, who can analyze thoroughly many possible molecular modifications of their current lead compounds, so as to possibly increase affinity, or to circumvent a toxicity, pharmacokinetics, or intellectual property issues, for instance.

SwissTargetPrediction, since 2014 with major update in 2019, is a Web service aiming at predicting the targets of bioactive small molecules in human and other vertebrates. This is useful to understand the molecular mechanisms underlying a given phenotype or bioactivity, to rationalize possible favorable or unfavorable side effects, to predict off-targets of known molecules and to clear the way to drug repurposing. Predictions are done using a ligand-based approach, based on the similarity between a query molecule and the known ligands of a large collection of protein targets. The tool was updated recently with a tuned algorithm, novel data and a refreshed Web interface. SwissTargetPrediction is the only freely available online tool using a dual scoring of molecular similarity based on 2D and 3D approaches, and allowing predictions on several species.

SwissADME, since 2017, is a Web tool that gives free access to a pool of fast yet robust predictive models for physicochemical properties, pharmacokinetics, druglikeness and medicinal chemistry friendliness, among which in-house proficient methods such as iLOGP (a physics-based model for lipophilicity) or the BOILED-Egg (an intuitive graphical classification model for gastrointestinal absorption and brain access). It is the first online tool that enables ADME-related calculation for multiple molecules, allowing chemical library analysis and efficient lead optimization.